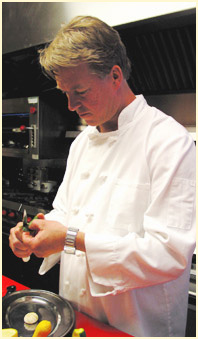 At the age of 15, Albert apprenticed for a French chef who was so impressed with Albert’s potential, he wrote to the Cordon Bleu. Although Albert was accepted, he instead decided to attend Paul Smith’s College and received a degree in Hotel and Restaurant Management. He then attended and graduated from the Culinary Institute of America in New York.

For many years to follow, Albert honed his skills working at four-star restaurants such as The Dupuy Canal House in High Falls, New York, Chez Hosten in France for 2 years (one of 60 2-star Michelin restaurants in all of France) and Le Chateau in South Salem, NY for 15 years.

Albert and his wife Sarah loved the ocean and decided to settle in Newport, RI with their classic motor yacht once owned by Humphrey Bogart and start their own restaurant. With its proximity to Boston and New York, they felt Newport was an ideal place to be. With Albert as chef and Sarah managing the dining room, Restaurant Bouchard grew to become a culinary destination in New England.

Today, Restaurant Bouchard is recognized both locally and nationally by such publications as Frommers, Fodors and The Providence Journal and has received the DiRona Award from the Distinguished Restaurants of North America from 1999 through 2005.

Restaurant Bouchard prides itself on being a refined but not “stuffy” restaurant, with everything made on the premises to ensure the highest quality for our guests. Please visit us on your next trip to Newport, Rhode Island and experience fine French cuisine in relaxed and elegant surroundings. 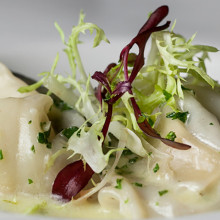 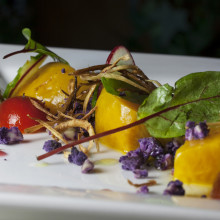 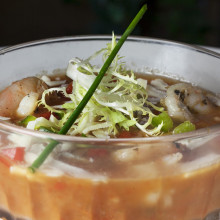 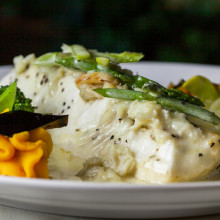 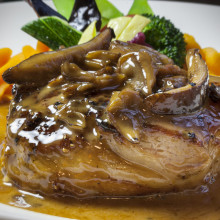 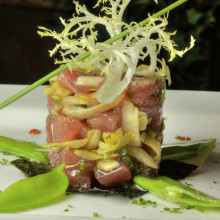 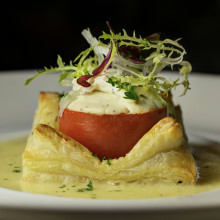 Give someone the gift of fine dining or a romantic getaway in Newport. Our gift certificates are available in $50 increments, from $50 to $300. Simply complete the information and we will hand-write your certificate and send it via regular US Postal Service to your address. Orders placed within the continental US should be received within about 10 days from the date of order. If you have any questions, please don’t hesitate to contact us directly at 401.846.0123.